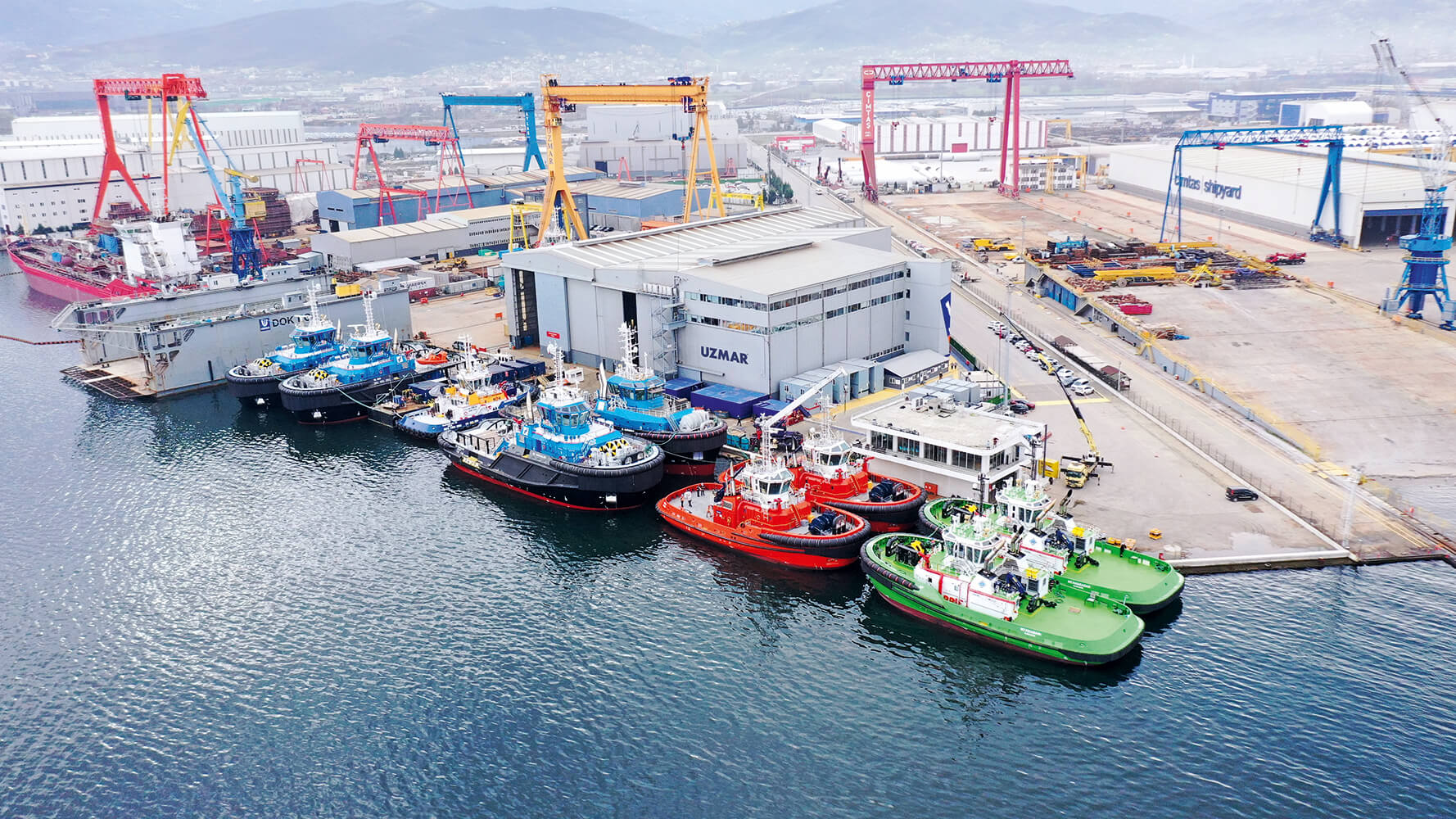 The shipyard has five paint halls, which are equipped with new-generation technological equipment according to the utterly dust-free steel grid management. These halls are operating at full capacity within the scope of the production area expansion investments. Uzmar put into operation a closed engine room with semi-mechanised loading support. It also has two completely closed production hangars, equipped with overhead cranes with a total carrying capacity of 270 tons. This enables 180-ton blocks to be lifted in one piece without the need for additional support in the main production hangar.

Uzmar started construction of an additional production area of 10,000 m2 in Q4 2022 to increase the simultaneously building capacity up to 37 vessels which are 23-100 m in overall length.

In the project, it is planned to construct an auxiliary 6000 m2 of enclosed production hangars and an approximately 4000 m2 of social facility complex for 1500 people. The social facility building will have a modern and environmentally sensitive architectural design to comply with the basic needs of the blue and white-collar staff such as accommodation, resting areas, and food areas in the maximum comfortable and efficient way. In addition to the increase in production capacity with the new production hangars to be built, the production areas in the neighboring parcels will be completely connected to each other uninterrupted and a highly efficient production flow line will be created. The shipyard expanded its team of skilled engineers and designers in the design department to 35 people as of December 2022 and has successfully executed enhanced vessel construction projects.